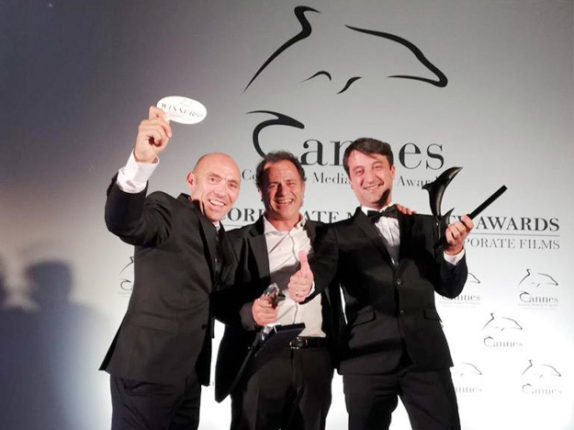 Inmortal awared in Cannes and NY festival. The short film won two dolphin awards in Cannes, the silver trophy to the best ethnographic production and the black trophy to the best Music in all categories. Produced by Raúl Calavia Brand in Black and Directec by Javier Jiménez  Freeman Creación

A team of more than 60 professionals

The main challenge of any music writer is understanding the director and what is there in his mind and how he reads and interprets the script and which story wants to tell. That fit in Inmortal. To connect to his artistic sight. The main theme is the most memorable for the public even if it could be published and sold as a soundtrack album. Music composer has to score a foreground and background theme, with a style, musical colour and rhythm. They will define the rest of tracks and they remind the more stellar moments of the movie.

Inmortal awared in Cannes and New York festivals. See the wiki information below.

Cannes Corporate Media & TV Awards is an international festival dedicated to corporate films, online media and TV productions, and takes place every October in Cannes, France. It is often referred to as one of the most important festivals in the corporate film industry.The first festival took place in 2010. The current Festival Director is Austrian businessman Alexander V. Kammel who is also the director of the International Committee of Tourism Film Festivals (ICTFF) and many other festivals.

New York Festivals TV&Film. The festival was founded in 2005, and is held in venues across New York City.[2] Its main event is the Independent Pilot Competition,[3] which showcases independent television pilots to industry executives and producers.[4][5] HBO, NBC Universal, A&E, and many other networks, have all made regular appearances at the festival, while pilots in the competition have received development deals.[6] In addition to the pilot competition, the festival hosts parties, seminars, and other events to honor television as an institution and as an art form.[1]